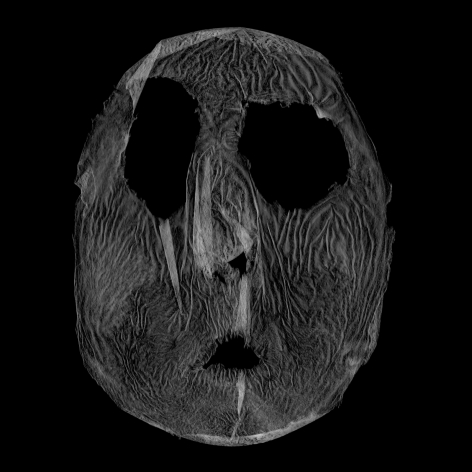 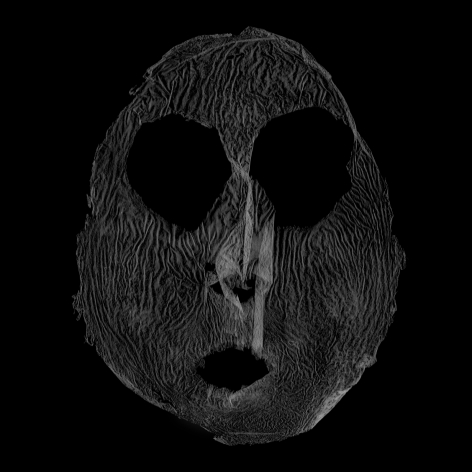 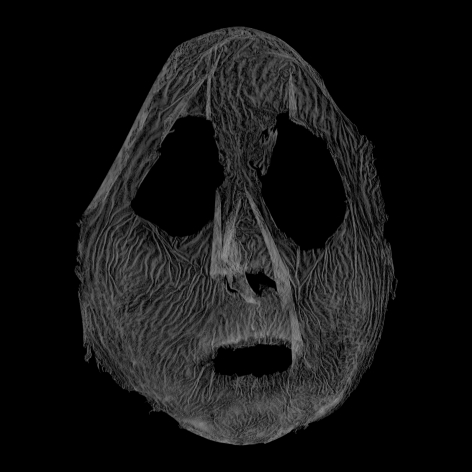 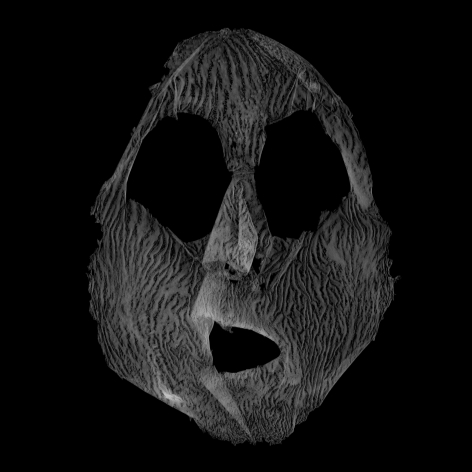 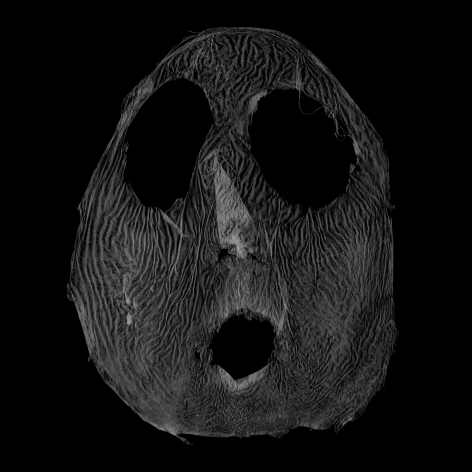 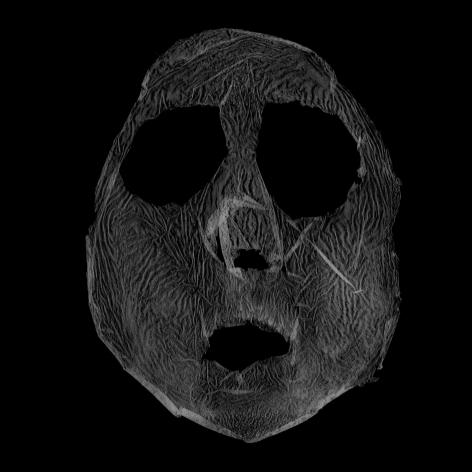 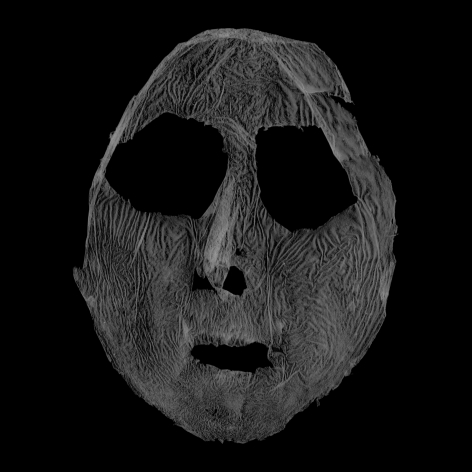 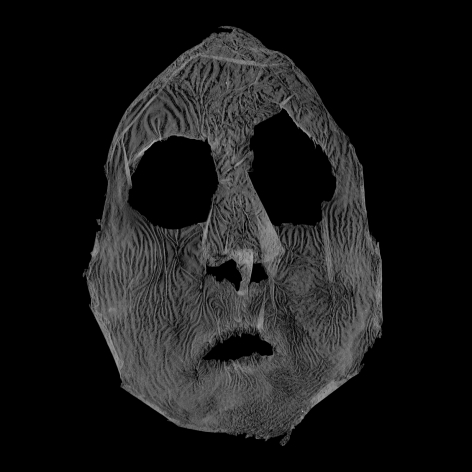 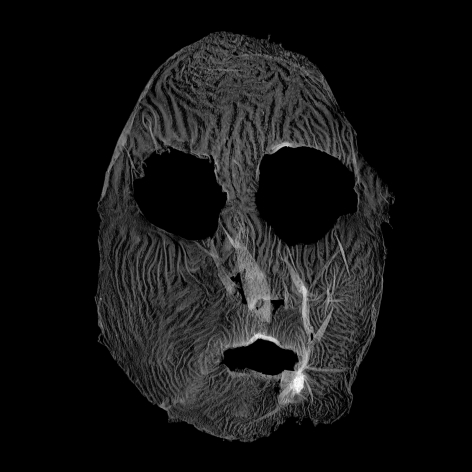 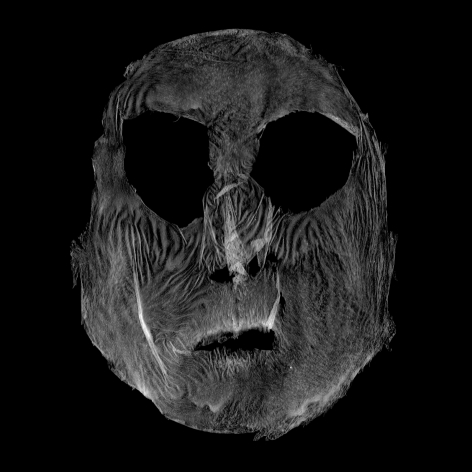 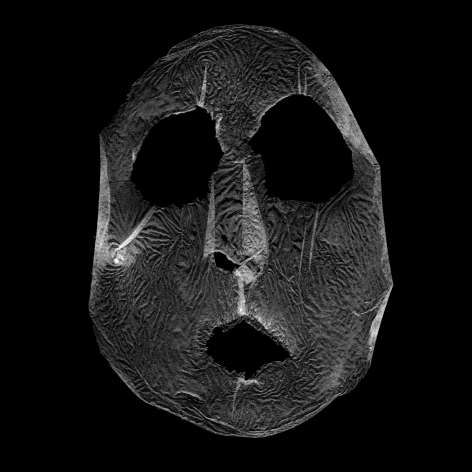 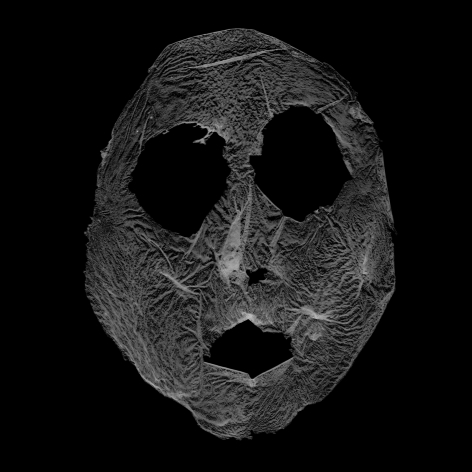 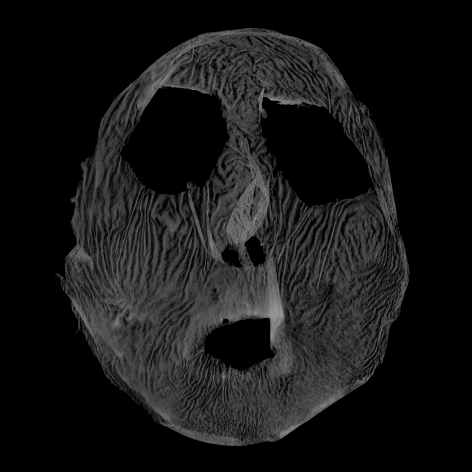 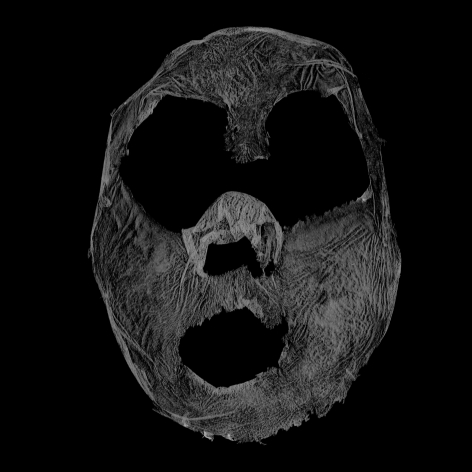 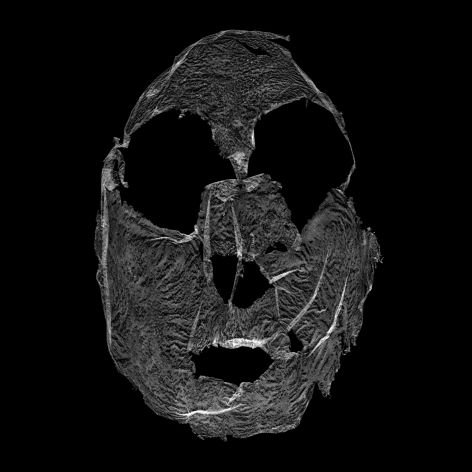 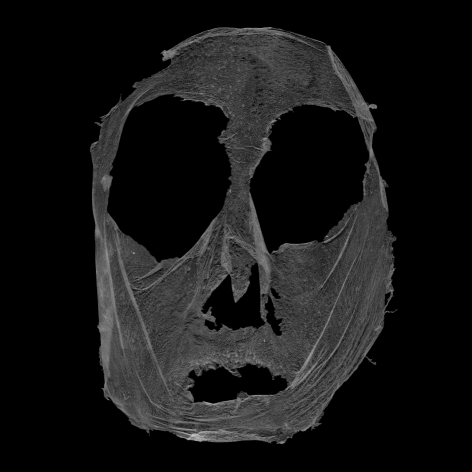 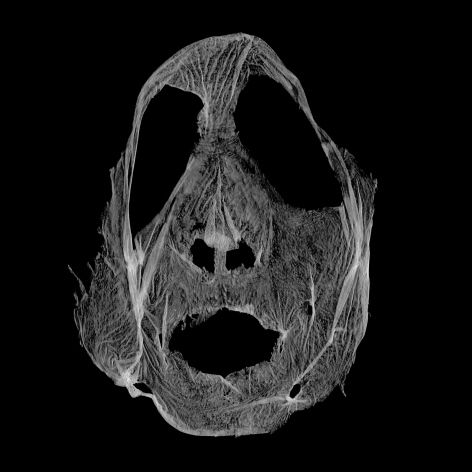 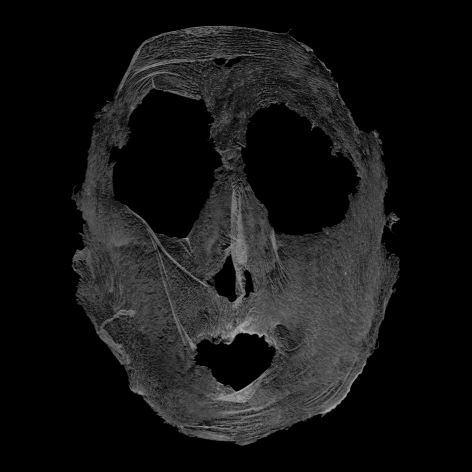 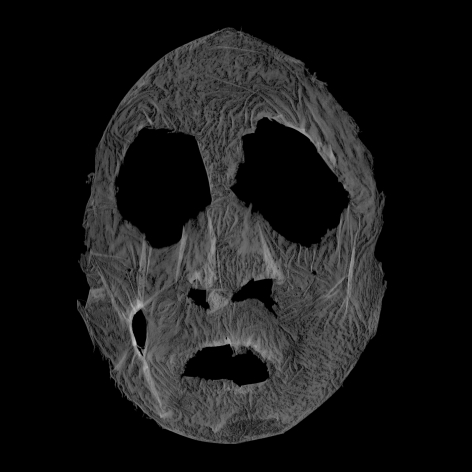 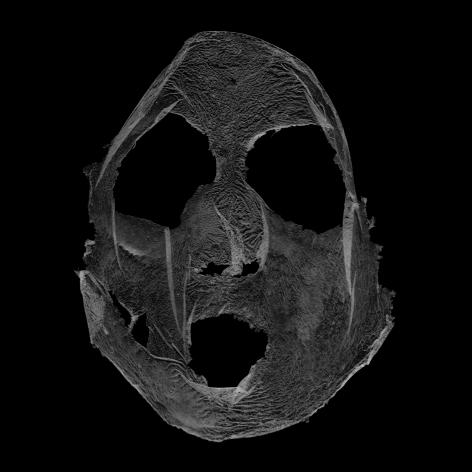 I as artifact is a collection of arresting, face-like constructions isolated by a dense void of deep black. Bearing no specific markers revealing gender, race, or age, the features are intimated by the negative space encased by patterned skin textures.

The eye sockets, whose angular holes don’t suggest a lack of sight, but rather protective veils against complete self-disclosure, dominate the image. The compression of the face onto a flattened surface is relieved by the nose, which provides dimension to the image.  However, it is the mouths that complete the animation of these images. As if paused momentarily while speaking, or singing, or exclaiming, there is an almost overwhelming cacophony of resounding silence.  It is in this moment that their individuality appears.

These masks look out of the dark and take command of the entire picture space to create a universal micro- world. This dynamic tension is made especially palpable by the indeterminate vantage point. Are we witnesses to these translucent forms, or are we inhabiting them? When encountering other beings, we would normally use learned, socially acceptable inquiry to detect the underlying nature of their character. If the mask is ours, then like all masks, it becomes an extension of the face, a protective barrier against others reading the multitude of innate consistencies and contradictions. Implicit in this anonymity is the potential catalyst into a secret cosmos of psychological fantasy.

BARBARA ASTMAN creates photographic series that target the personal world through recollection or revelation. Her early work responds to contemporary issues by incorporating humor and stereotype. Her oversize photographs from the early 1980s are striking in their bold, unusual use of color and scale.

Throughout her career, Astman pioneered the artistic use of both analogue and digital reproduction techniques. She is among the first to discover and explore the technological practices and concepts that are key signifiers in contemporary art.

Born in Rochester NY, Astman studied at the Rochester Institute of Technology in the late 1960s when multimedia practices were the hotbed for artistic innovation. Astman came to Canada in 1970 during the wave of draft dodgers from the Vietnam War. Since the mid 1970s she has been a professor at the Ontario College of Art and Design in Toronto.